(Thanks to Shirley Fletcher, former Administrative Assistant (1971-2001), for compiling much of this information.)

Beautifully preserved, handwritten notes from 1895 tell a powerful story of volunteer initiative. The first entry reads, "The first meeting for the purpose of considering the question of a Young Men's Christian Association for Bellows Falls was held on April 10 (1895)." On September 2, 1895, our Articles of Incorporation and By-Laws were approved by nearly 100 volunteers. The Bellows Falls YMCA had been founded.

Now known as the Meeting Waters YMCA, we are now in our third century of meeting community needs. Here are a few highlights from our rich history:

Boston sea captain and missionary Thomas Sullivan was inspired by the stories of the YMCA in England, founded seven years earlier. With six colleagues, he called the first meeting in Boston, and on December 29, 1851, the YMCA began at the Old South Church. By 1855 there were 50 YMCAs in America. By 1900 this number had grown to 1,379, including the Bellows Falls YMCA.

One out of three Americans reports being a YMCA member at some point in life. YMCAs invented basketball (1891) and volleyball (1895). YMCAs pioneered camping (1885), public libraries (1852), night schools (1878) and teaching English as a second language (1856). YMCAs introduced the world's first indoor pool (1885) and group swim lessons (1907). YMCAs offered after-school childcare long before "latchkey kids" had been given a name.

In its first 150 years, the YMCA movement brought about staff training and certification and awarding educational scholarships to war veterans, a practice the US government adopted with its GI Bill. The Boy Scouts of America, Camp Fire Girls, the Negro National Baseball League, the Gideons, Toastmasters, racquetball and Father?s Day all got their starts at YMCAs. The YMCA helped found the United Service Organization (USO), and the Peace Corps was patterned after YMCA World Services.

Read more about the history of the YMCA. 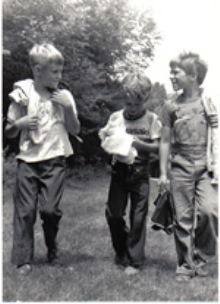 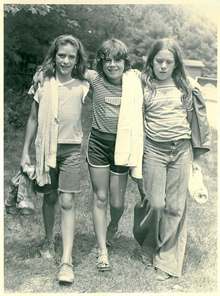 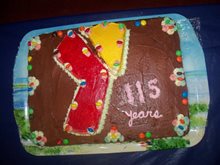